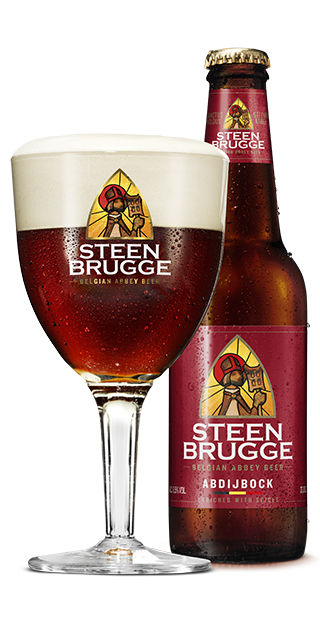 STEENBRUGGE Abdij Bock abbey beer is a brown/ruby-coloured bock beer with a straightforward malty-caramel character and a fruity, lightly smoked yeast aroma. Combined with the subtle Bruges “gruut” blend of herbs and spices, with an emphasis on cinnamon, this gives the bock beer its delicious flavour. Top-fermentation beer.

STEENBRUGGE Abdij Bock is fermented with its own STEENBRUGGE top-fermenting yeast strain, which
provides a smoked, phenolic aroma, together with a discernible fruitiness.

Moment:
Affordable bock beer – To aid relaxation or as a personal treat – To be drunk in a small group – Ideal for tasting during
the autumn/bock beer period (October–November)