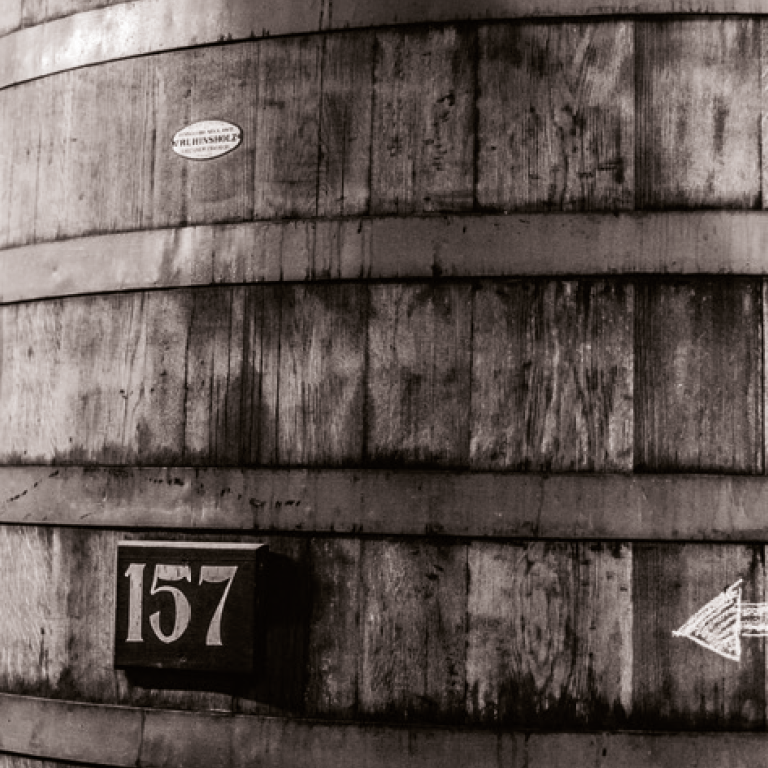 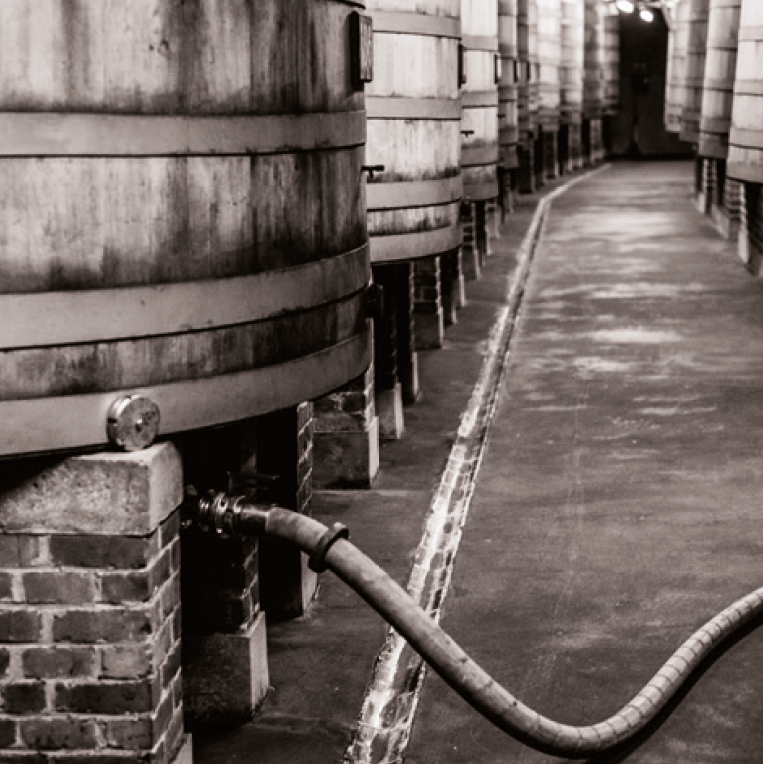 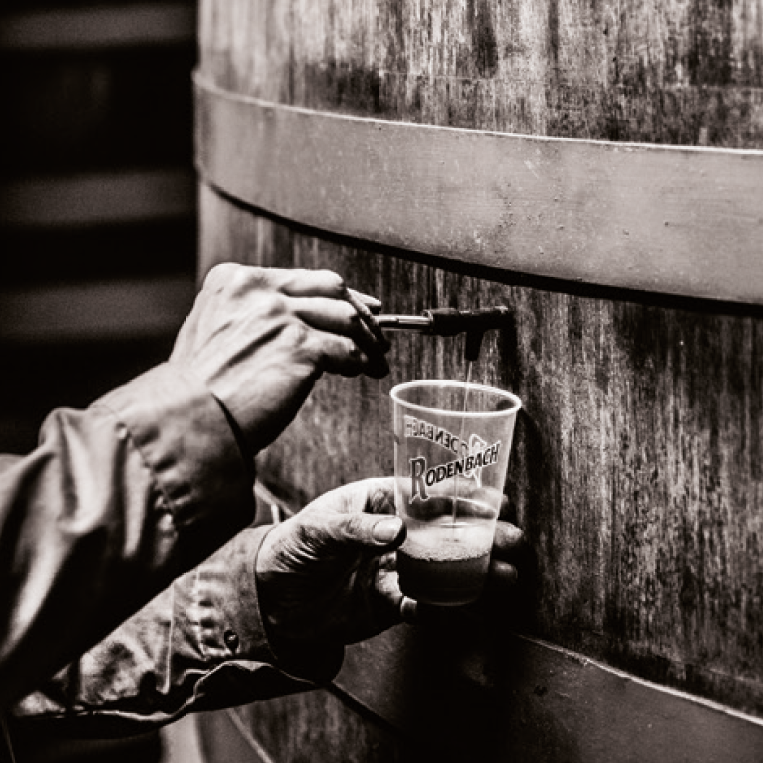 Since 1821, RODENBACH Brewery has been a master at the art and craftsmanship of making Mixed Fermentation beers. The brewery has become an unquestionable expert in the Flemish Red-Brown Beers, also known as Sour Ales, market. All RODENBACH beers are steeped in the brewery’s rich history. Over the decades, the wilful RODENBACH family has managed to refine the brewing process and optimise the vinification and ageing of their beers in oak casks. The beers are left to age in 294 internationally famous standing oak casks. ‘Time and patience’ are necessary to achieve the optimal RODENBACH. The essence of RODENBACH and the brewery lies in their cask cellar where beer is left ‘to develop character over time…’ 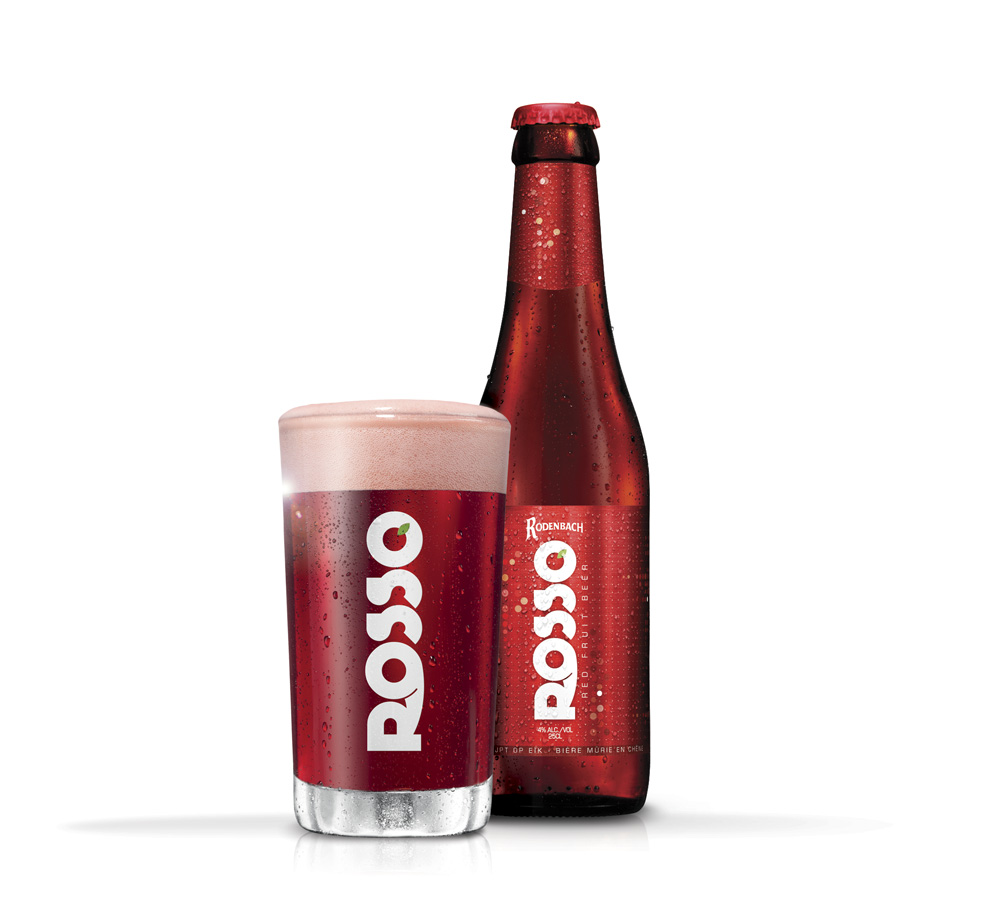 A fruity kiss for a sparkling moment

In 2014, the RODENBACH brewing and fruit-growing masters whipped up a new creation: RODENBACH ROSSO. It is brewed from two-year-old RODENBACH beer – aged in oak casks – blended with young RODENBACH, following which the brew is partially macerated with cranberries, raspberries and sour cherries, before the natural juices of these red berries are added..

Brewer Rudi Ghequire describes the beer as follows: “This mixed-fermentation fruit beer is fresh, fruity and very refreshing, with a slightly dry aftertaste, the colour of a young Burgundy wine and a low alcohol content. This gives the beer a wealth of refreshing properties.”

RODENBACH Rosso with a cocktail twist, unique and quirky…

For several years Belgium has been able to hold its own against such leading cocktail metro- polises as Amsterdam, London, Paris, Berlin, New York etc. In addition, as a beer-producing country, Belgium has an opportunity to play a leading role in the beer cocktails market and RODENBACH Rosso, which itself consists of a cocktail of fruits, is an ideal tool in that respect!

Kristof Burm is the driving force behind the Belgian beer cocktails market. He earned his spurs working for Josephine’s in Antwerp and Café Theatre in Ghent, among other establishments. As a bartender he was awarded several recognitions. Just like RODENBACH's brewers, he wants to innovate on the basis of his creative craftsmanship.

With a fine balance of sweet and sour flavours, which are intensified by the fact that it is aged in oak casks for 2 years, RODENBACH Rosso ends itself perfectly to creating cocktails and opens up new opportunities for cocktail barmen. The fresh touch of cranberries, the subtle presence of raspberries and the carefully selected sour cherries appeal to the imagination.

Kristof approached RODENBACH Rosso and everything that combines well with this delicious beer with an open mind.

After weeks of testing, trialling and experimentation, he came up with some true gems. Beer cocktails that bring out the best in RODENBACH Rosso and that have a creative and unique flavour. Pure innovation which you, too, can now enjoy!

Make your own cocktails with RODENBACH Rosso

It’s now over to you!

Planning a summer party? Looking for an ideal aperitif? Or simply fancy something new?

Then try mixing up a cocktail with RODENBACH Rosso yourself!

To help you get started, we are giving you exclusive recipes and preparation tips for some truly amazing beer cocktails developed by mixologist Kristof Burm!

Get started with these 6 beer cocktail recipes. 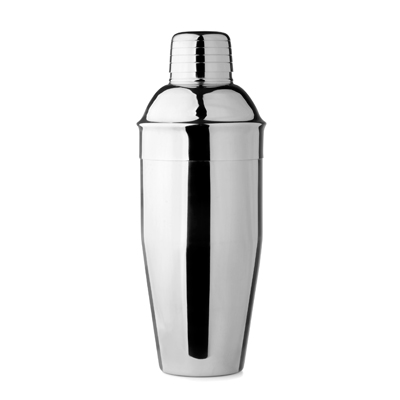 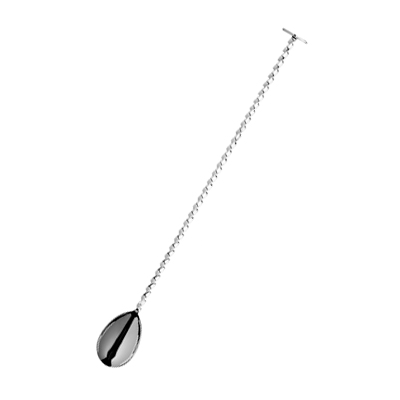 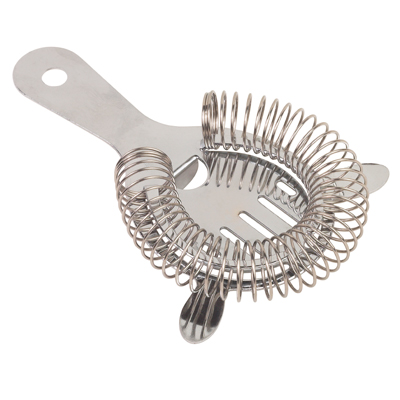 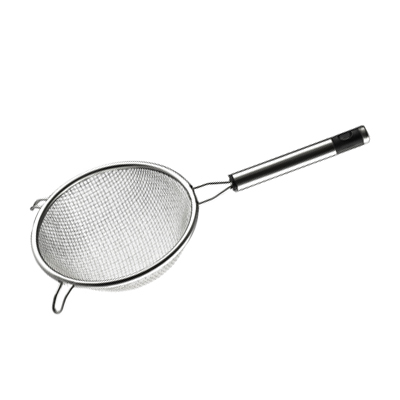 Shake: Cooling the drink in the shaker. First of all, put all the ingredients in the shaker, fill the shaker for three-quarters with big ice cubes and shake thoroughly for 10 to 15 seconds. Make sure to double strain it with the cocktail strainer and a fine strainer.

Stir: Cooling the drink directly in the glass or in a shaker or mixing glass. This happens by stirring all the ingredients together with the ice. Use a bar spoon for this.

Dry shaking : Shaking with a cocktail strainer’s string or with 1 ice cube. This creates the friction necessary to emulsify your egg whites. If you try to cool with ice directly and whisk egg whites, you will notice that the result will not be properly emulsified.

Top: Finishing the cocktail, mostly with carbonated drinks that should not be added to the shaker because the sparkles would disappear and also because the created pressure could shoot the top off the shaker.

A perfect balance between bitter and sweet. Red vermouth (Carpano Antica Formula or Martini Rosso) and a touch of Campari diluted with RODENBACH Rosso make this the ideal cocktail aperitif. An appetising opener to the evening.

Garnish with some red fruit or orange zest, the essential oils of which make a welcome addition to the cocktail.

Top with RODENBACH ROSSO 9 to 12 cl 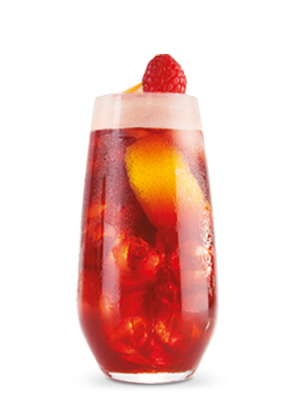 The blackberry and raspberry liqueur Chambord works wonderfully well with RODENBACH Rosso intensifying the fresh fruitiness of our RODENBACH offspring. Brown rum (Bacardi Reserva) provides that extra kick. This is a cocktail for connoisseurs who are looking for sweet fruitiness.

Garnish with orange and lime zest.

Top with RODENBACH Rosso 9 to 12 cl 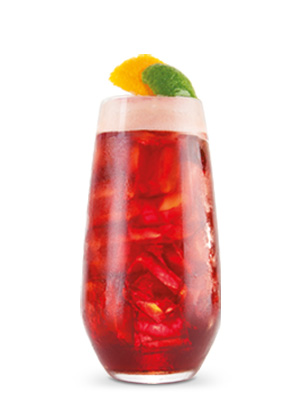 Refreshing and very fruity, with a perfect balance of citrus and red fruits.

Top with RODENBACH ROSSO 9 to 12 cl 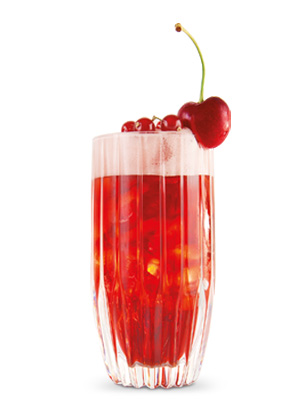 A cocktail in which nuts combine surprisingly well with the fruity RODENBACH Rosso. Based on almond liqueur Amaretto, intensified with walnut bitters from Fee Brothers, sugar cane syrup, citrus fruits and brown rum. Shake it like you mean it and be surprised.

Shake all the ingredients (except for RODENBACH Rosso), pour into a cocktail glass and finish with 9 cl of Rosso. 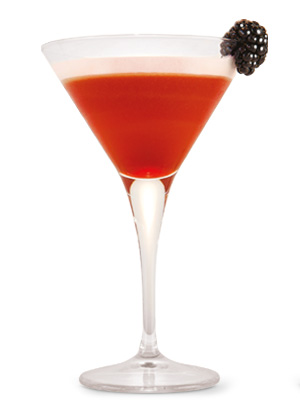 A medium-aged, lightly-peated whisky and traditional sour cocktail ingredients, in combination with RODENBACH Rosso, make this a punchy connoisseur’s drink. If you’re not wild about the smoky flavour, you can choose a sweeter bourbon, which will give this cocktail another dimension.

Place all the ingredients (except for RODENBACH Rosso) in a shaker. Shake long and hard in the shaker with an ice cube until it melts completely. This is known as a dry shake because you can no longer hear the ice cube. This is one way of creating a nice emulsion. We then need to cool the drink by shaking it with ice. Pour into a large coupette glass and finish with RODENBACH Rosso. 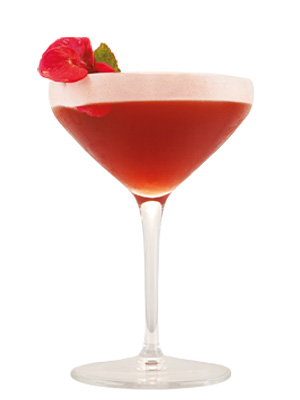 A hint of Noilly Prat, a dry vermouth, with a refreshing touch of the Bombay Sapphire East gin and fresh citrus fruits. There’s a link missing, though. Home-made RODENBACH Rosso syrup. Shake all the ingredients and pour into a cocktail glass. This cocktail is on the sweet and feminine side.

Prepare the syrup as follows: combine 1 litre of RODENBACH Rosso with 1/2 litre of sugar cane syrup, warm up and let the mixture reduce to 50 cl. The Rosso syrup offers you many other possibilities, too. 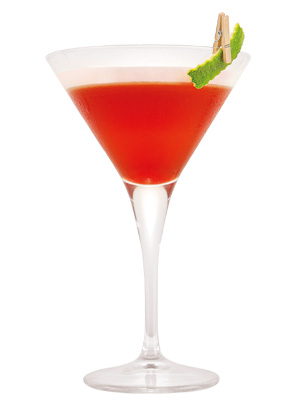 Make your own cocktails with RODENBACH

Bourbon, the somewhat sweeter American version of whiskey, balanced with citrus flavours and cane sugar syrup, makes for a RODENBACH „with a kick”. One for those who prefer something on the stronger side.

Pour 3 cl Bourbon, 2 cl fresh lemon juice and 1 cl cane sugar syrup into a long drink glass filled with ice. Stir gently and top up with RODENBACH. Give it another gentle stir, and enjoy! 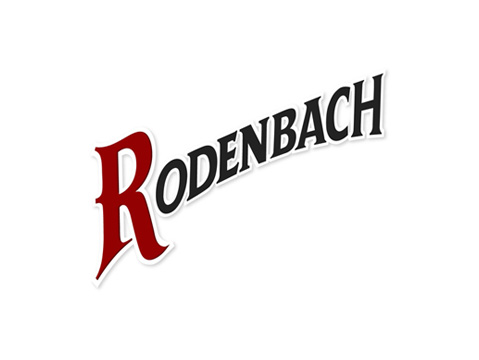 Make your own cocktails with RODENBACH Grand Cru

Mature tequila and red port, together with a little home-made raspberry syrup and RODENBACH GRAND CRU, combine to form this lovely sipper.

To enjoy this cocktail, shake all the ingredients together: 3 cl Tequila Añejo, 2 cl red port and 2 cl of our raspberry syrup. Pour into a margarita glass and top up with 14 cl RODENBACH GRAND CRU.

To make the raspberry syrup, briefly heat the following ingredients together: the juice of half a lemon, around thirty raspberries and half a litre of water for one kilo of sugar.

Garnish with a raspberry on the rim of the glass. 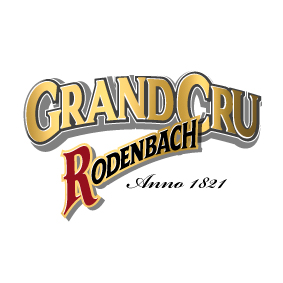 Make your own cocktails with RODENBACH Vintage 2012

For the Vintage Couple, we are going to combine two premium ingredients to make a super vintage cocktail. The 12-year-matured Filliers grain jenever marries wonderfully with the RODENBACH VINTAGE 2012 and a slight hint of citrus.

Pour 3 cl 12-year-matured Filliers and 1 cl fresh lemon juice into a long drink glass filled with ice. Stir gently and fill up with RODENBACH VINTAGE 2012. Give it another gentle stir, and enjoy!

Garnish with a blackberry on the rim of the glass. 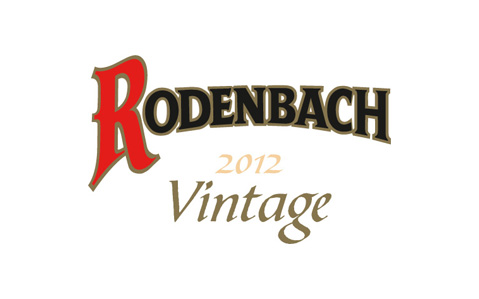 Make your own cocktails with BRUGGE TRIPEL

For this connoisseurs' cocktail, we are going to use 4 cl Japanese Nikka whiskey with 1 cl Amaretto and 1 cl cane sugar syrup. Shake all this together, then strain into a margarita glass. Top with 12 cl BRUGGE TRIPEL.

Garnish with a sprig of red berries over the rim of the glass.

4 cl Nikka from the barrel 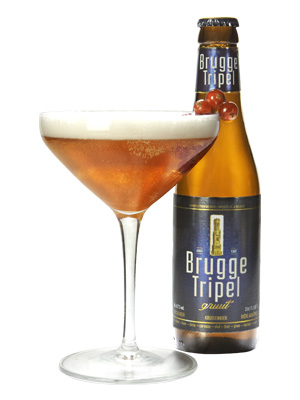 Make your own cocktails with CORNET

With The Brave Knight, we are going to create a rather refreshing thirst quencher.

To make it, we will need 6 cl white grapefruit juice and 3 cl gin, with 1 cl sugar syrup and a bar spoon of mezcal to bring out the woody notes of the CORNET. Shake all this up together, then pour over ice in a long drink glass, and top up with 16 cl CORNET. 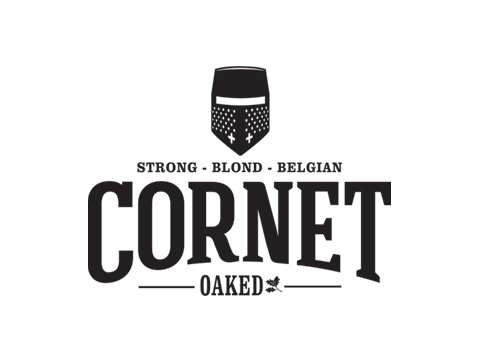 Make your own cocktails with PALM Hop Select

We are going to use PALM HOP SELECT to make a rum-based long drink. Dictador Amber rum is the perfect match here. Stir 4 cl of the rum together with 1 cl cane sugar syrup in a long drink glass filled with ice, and top with 12 cl PALM HOP SELECT. 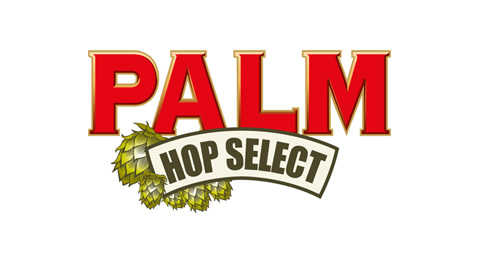