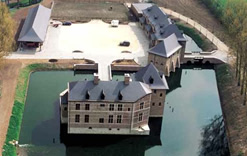 The Diepensteyn estate is but a stone's throw from the PALM brewery. Once, this feudal fiefdom was part of the Duke of Brabant's military network. It is therefore strongly interwoven with the individuality and tradition of Brabant. By the end of the 1980s Diepensteyn had more or less disappeared. The PALM brewery has owned it since 1989 and quickly started on the restoration. 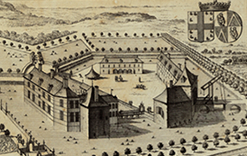 A summary of the lords and owners of Diepensteyn, from 1147 to the present day, and their contribution to the history of the Duchy of Brabant and western Europe. 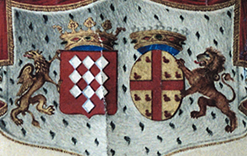 History of Maldeghem "The Loyal" The story of the Maldeghem family, Counts of Steenhuffel since 1685.

The Diepensteyn estate is but a stone's throw from the PALM Brewery. Once, this feudal fiefdom was part of the Duke of Brabant's military network. It is therefore strongly interwoven with the individuality and tradition of Brabant. By the end of the 1980s Diepensteyn had more or less disappeared. The PALM Brewery has owned it since 1989 and quickly started on the restoration as a contribution to the historical heritage of its municipality of Steenhuffel. The copper etching "Castellum Diepensteyn" in the year 1690 served as a model. 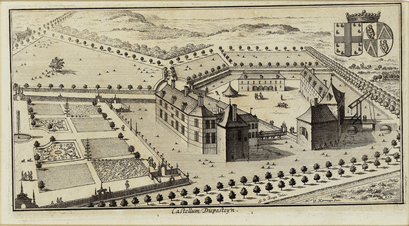 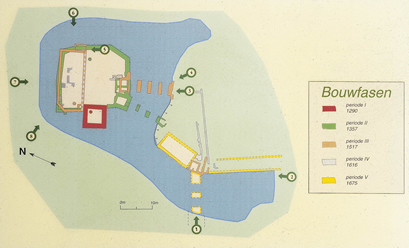 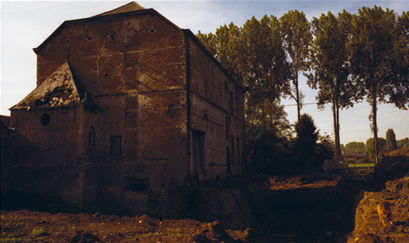 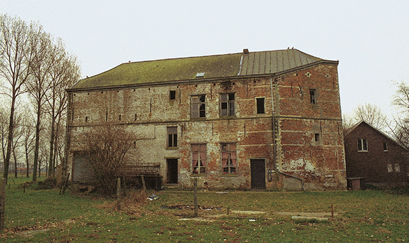 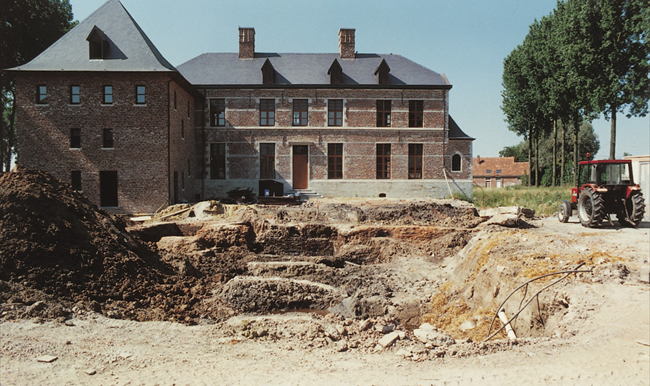 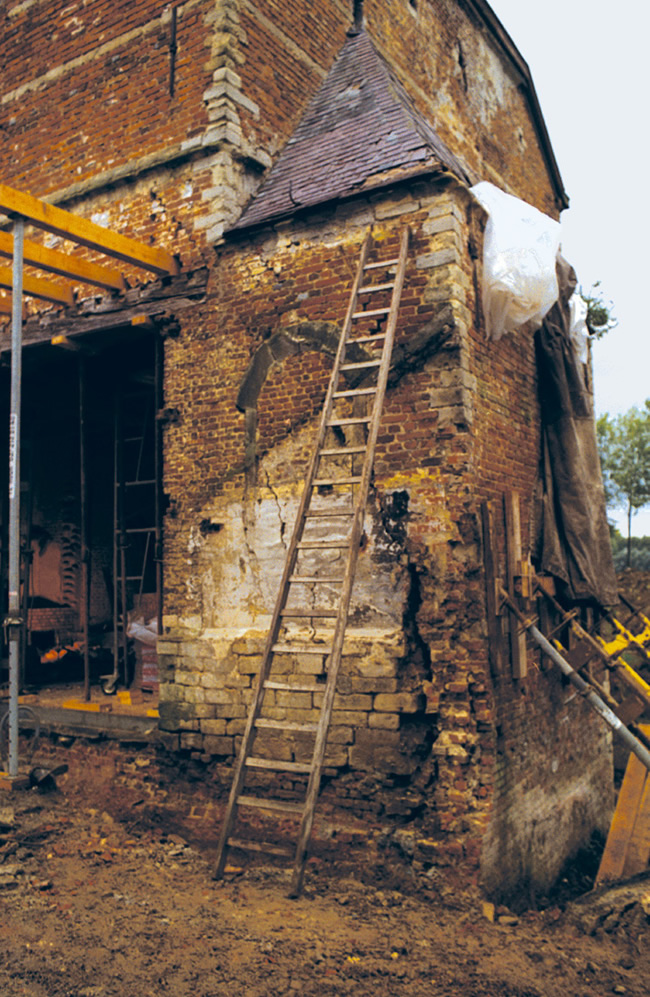 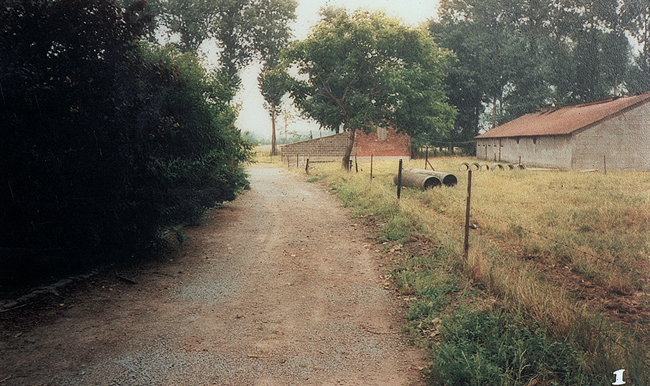 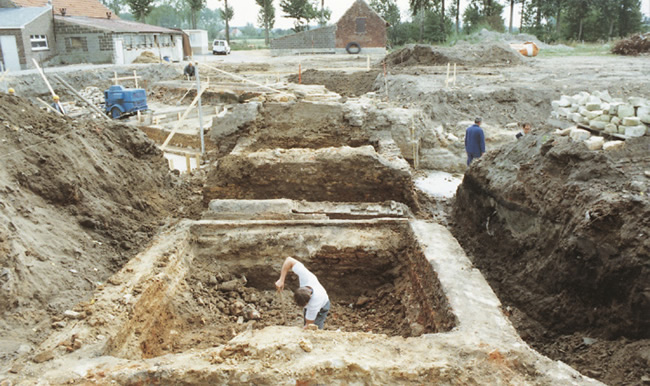 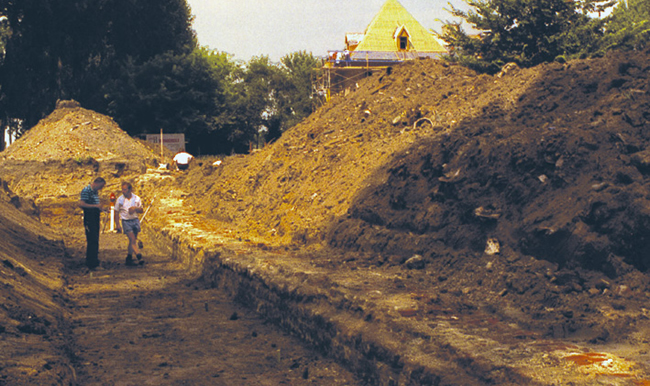 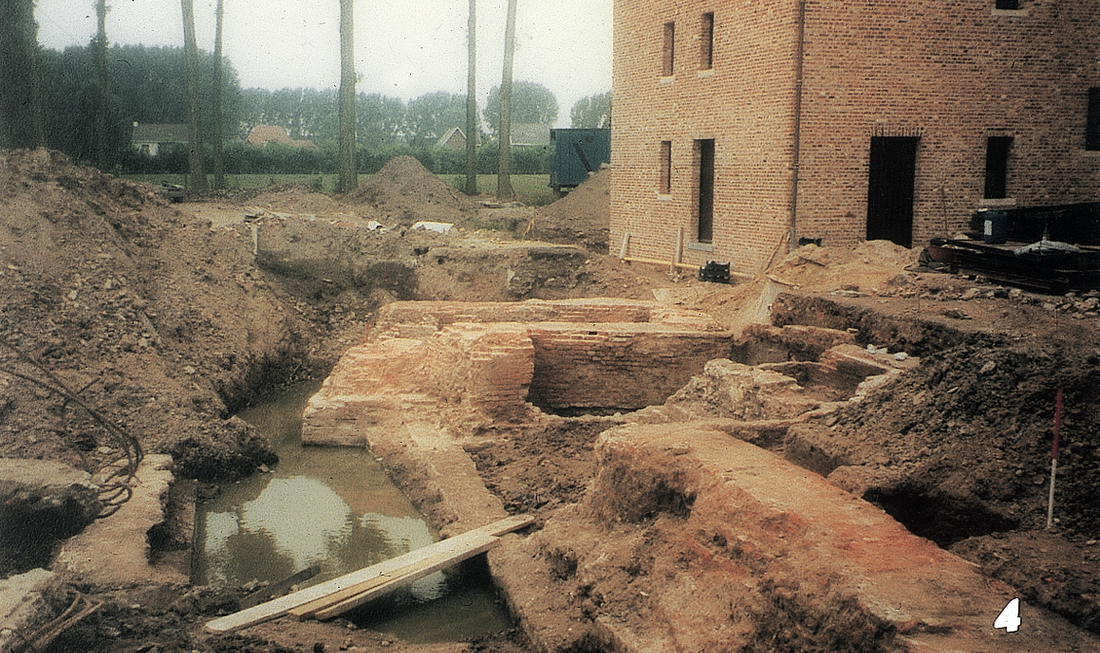 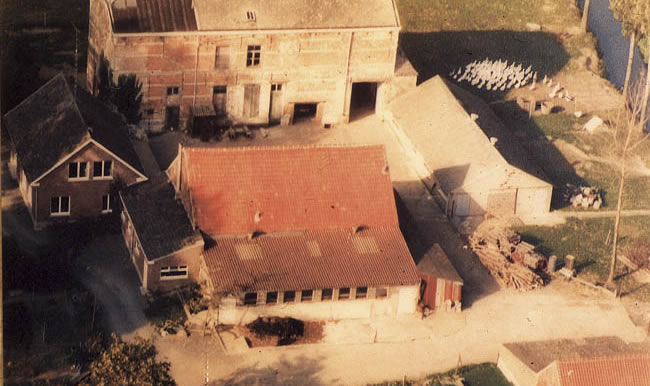 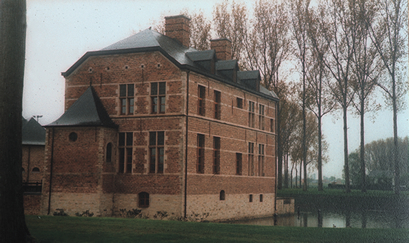 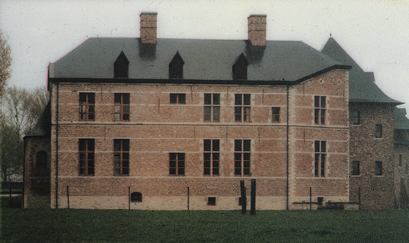 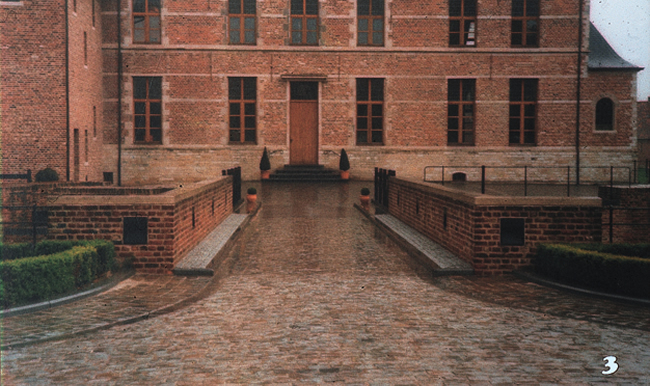 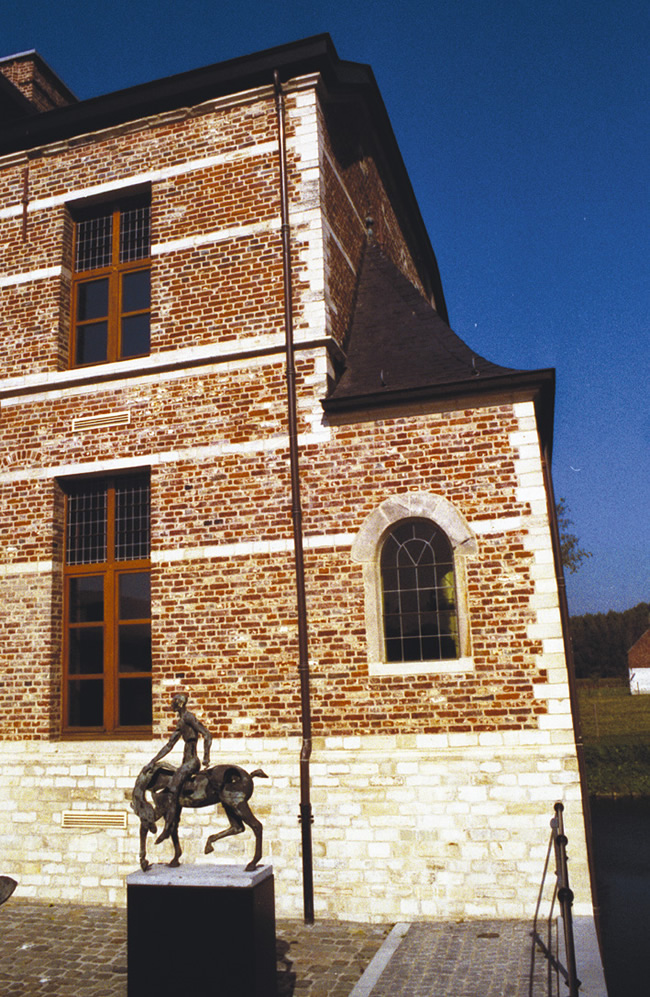 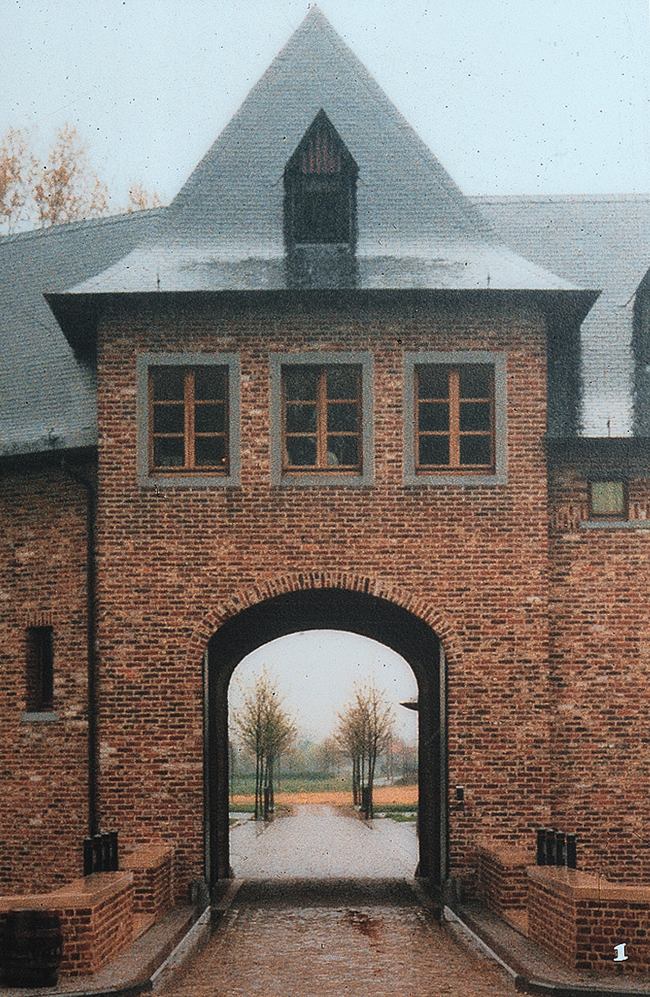 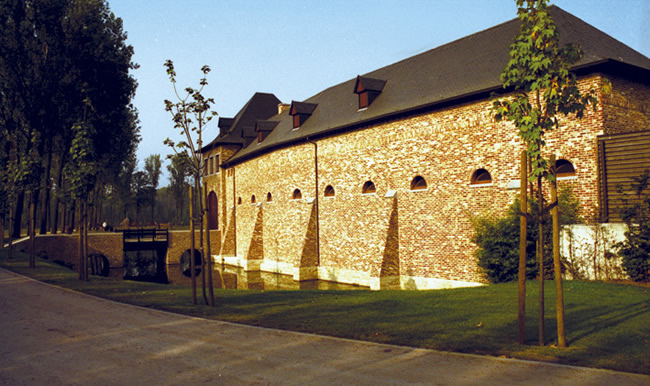 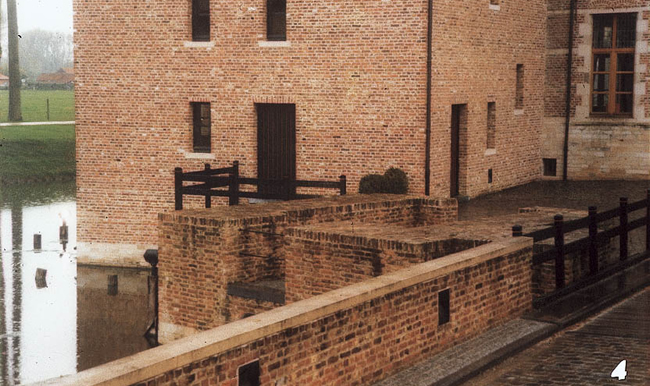 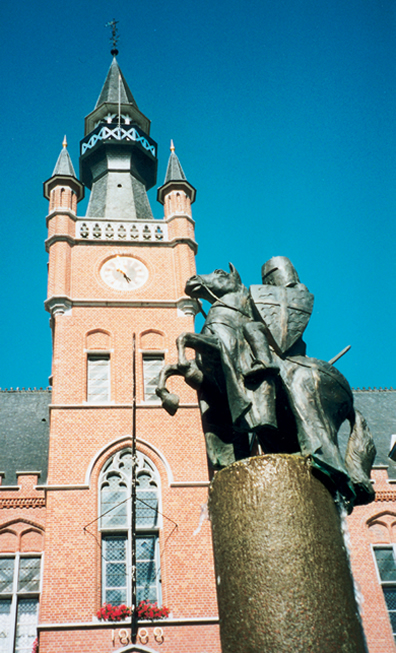 The Van Maldeghems are descendants of Salomon van Maldeghem, the renowned escort of Count Robert of Flanders on his first crusade in 1109.

In 1147 the infamous "Grimbergen War" breaks out in Brabant between the lords of Grimbergen and the young Duke Godfrey III of Brabant. The Count of Flanders, Thiérry of Alsace, sends Flemish nobles to support the Brabanters (including those from Bouchout). The flag of Maldeghem, led by Arnold van Maldeghem, together with the Van Boelare, helps the Brabanters achieve victory.

Diederik van Maldeghem accompanies Thiérry of Alsace, Count of Flanders, on a crusade in 1156.

In 1204 Lancelot van Maldeghem is on the side of Count Baldwin of Flanders and Hainaut during the capture of Constantinople of which the latter becomes Emperor and the Flemings form part of the court there.

Filips I van Maldeghem becomes the nephew of Count Baldwin of Flanders through his marriage to Maria of Hainaut (whose mother was a De Lalaing).

He again proves his feudal allegiance when, in 1213, the French King Philip Augustus attacks Flanders in order to break the power of the Flemings and their ties with Hainaut. Together with the then Count of Flanders, Ferdinand of Portugal, Van Maldeghem is the co-organiser of a 150,000-strong army against the French army that only boasts 75,000 men.

However, the French king wins the Battle of Bouvines in 1214. Many Flemish knights perish there and the Flemings' power is crushed once and for all.

Together with his knights, including Filips and Pieter van Maldeghem, the Count of Flanders is imprisoned in Paris. 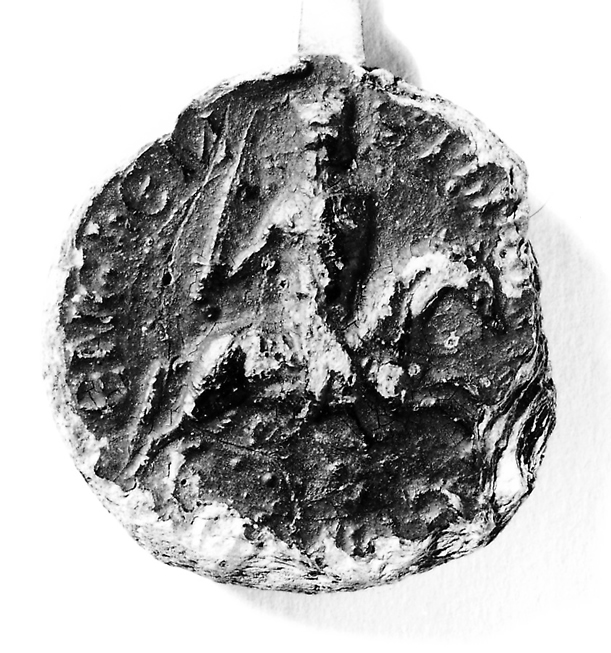 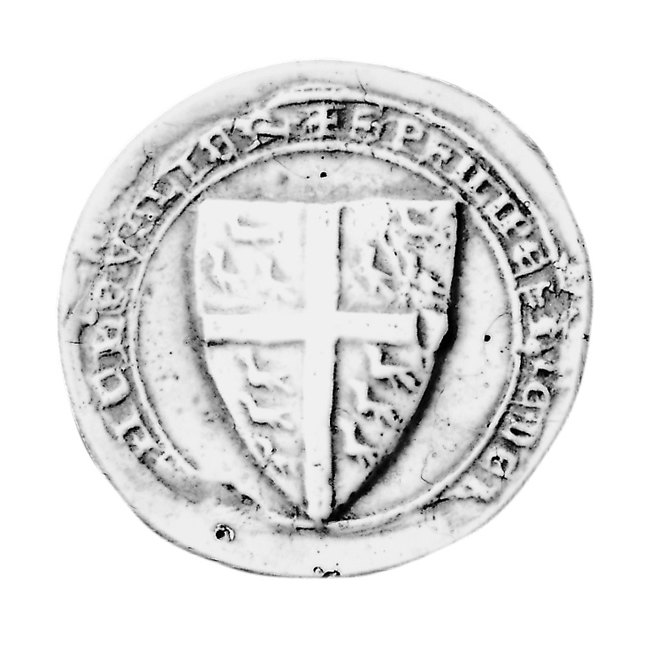 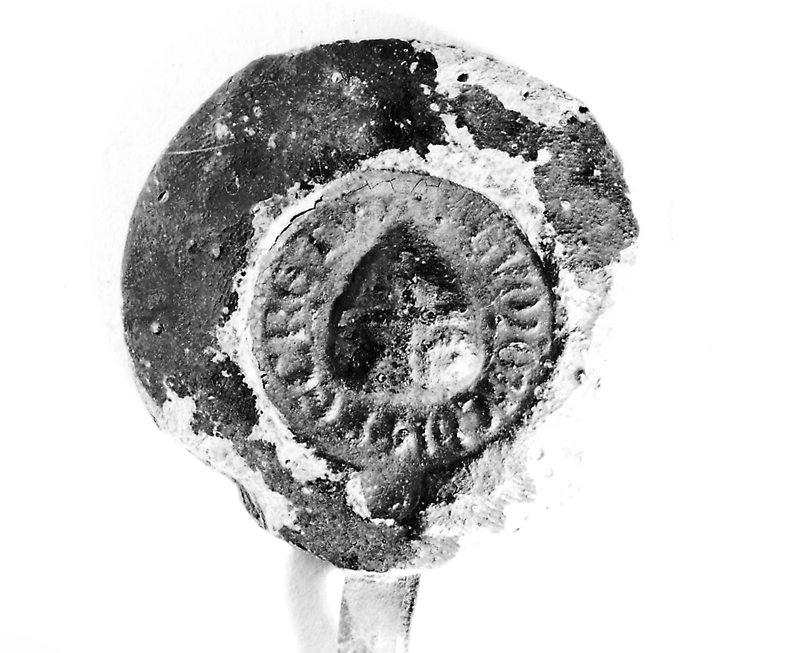 Filips III van Maldeghem invests his entire wealth in order to support Count Guy of Dampierre in 1299 in the war against the French king in 1299. He is given the glorious epithet "The Loyal", forever more the pride of the Van Maldeghems.

Filips IV van Maldeghem is mentioned in Robert of Bethune's document dated (1307) in which 32 knights from the "Brugse Vrije" declare themselves in agreement with the peace with the king of France.

Filips V van Maldeghem was a councillor and chamberlain of Louis of Male, Count of Flanders.

Geerard van Maldeghem was a counsellor and chamberlain of the Burgundian kings John the Fearless and Philip the Good.

In 1626 Filips van Maldeghem is invited to Coudenberg Palace in Brussels, at the court of the Infanta Isabella, falls in love with her lady-in-waiting, Dona Maria de Barea, and marries her. The Infanta attends the wedding ceremony. In 1627 a son is born. The Infanta Isabella Clara Eugenia agrees to be the godmother of the child called Eugeen, while, as the godfather, the distinguished General Ambrosius Spinola, general commander of the armies in the Netherlands, gives him his second name Ambrosius.

On 1 February 1648 Eugeen Ambrosius van Maldeghem and Barea are accepted into the knights' order of St Jacob di Santiago de Compostela at St Jacob's church at Coudenberg Palace in Brussels. He marries Isabella van Kesseler, heiress of Diepensteyn. Her godfather is King Philip IV. In 1685 King Charles II of Spain gives him the title Count of Steenhuffel-Maldeghem.

Jean Dominique van Maldeghem, Count of Steenhuffel-Maldeghem, and his two brothers are soldiers in the army of the Austrian Kaiser. His two brothers fall in the Austro-Hungarian war. In 1733 Jean Dominique is promoted to lieutenant-field marshal by Charles, Emperor of the Holy Roman Empire, and receives various diplomatic orders. The family archive contains letters from Charles of Lorraine that prove the extent of the House of Austria's sympathy towards him. He died in 1747 and is buried in the churchyard at Steenhuffel where his wife, the Countess of Haudion, is also interred. 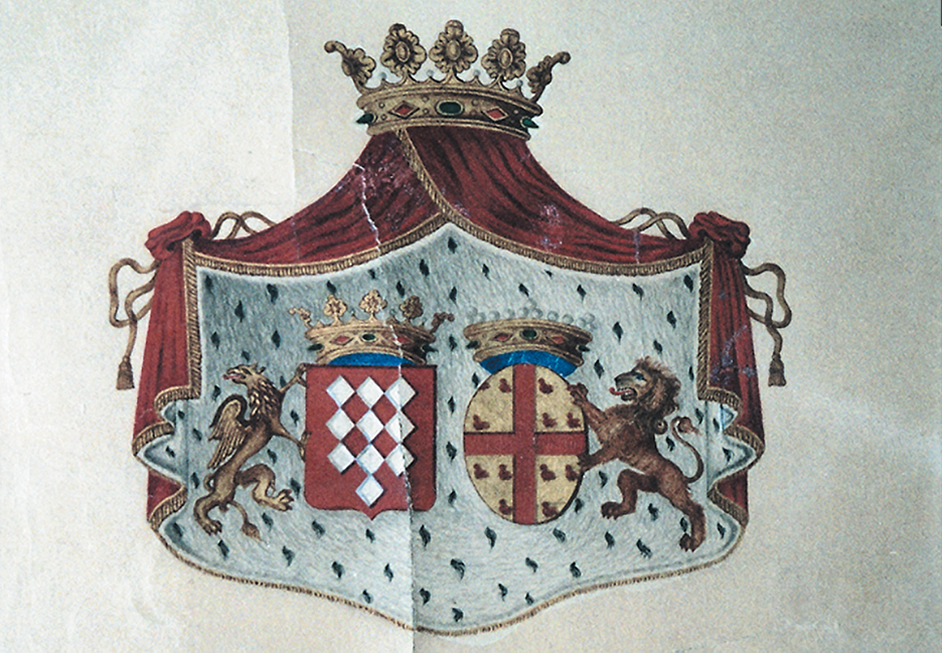 She is a passionate author, penning, among other works, "Maldeghem La Loyale", and owns a particularly well-stocked library. In 1867 she donates 930 of her most valuable tomes to the Royal Library. 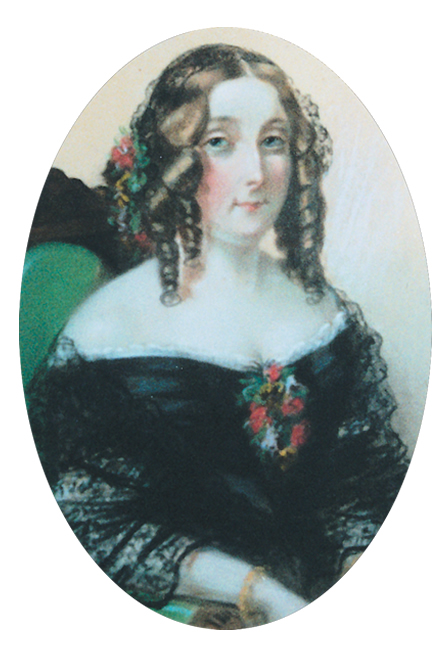 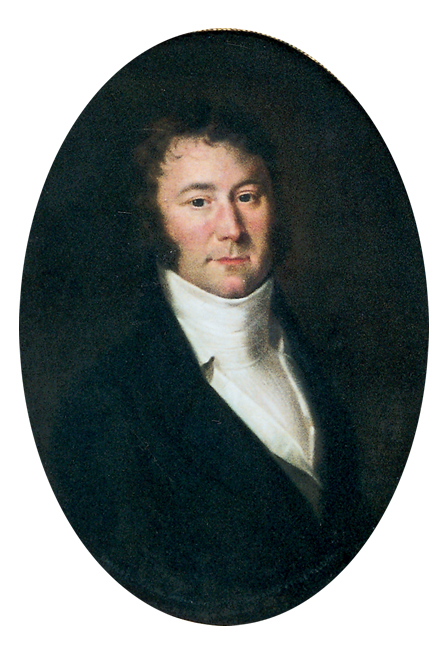